Fantasy and Ideas of TerishD

A generic catch-all forum for the various stories TerishD has written over the years. Discussions on writing in general can also be done. Critiques will be cold and honest. 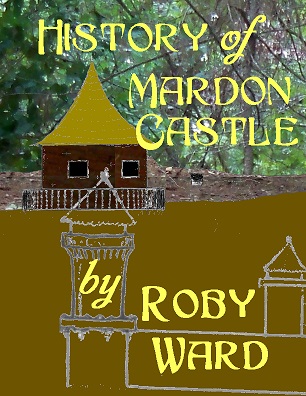 The army of Mardon kept its agreement to provide aid to their distant king.  While the work to support the recent war did pay handsomely, those of Mardon felt that they had gained a treasure much more valuable than slaves or items of wealth.  Though wearied from battle, the army of Mardon came back whispering of going into battle again.

Ellish finds himself as the only peaceful warrior upon his journey home.  Around him the talk is strong of taking on an ancient struggle that curses his land.  Not wanting to fight himself, he is forced to participate in aiding those who seek to free their own land from subjugation, even if it means the destruction of the land itself.
~^~^~     ^~^~^     ~^~^~
Those that knew me back at college might be able to place some of the characters and situations in this story, but it really does not come from there.  It actually comes from Wizards of the Coast opening up for suggestions about what we now know as Eberron (if you do not know, do not worry about it).  I knew what WotC was going to do.  I knew that they were going uber-munchkin.  I however hoped for some sanity, so I set myself to write a story and hopefully gain some clout with WotC.  That did not happen.  I however had worked up an outline, so I got to work on the story anyway.

In this tale I introduce my reptilian race known as the kevalla.  I also introduced one of the more troubled sections of my fantasy world.  It came out as a much better crafted tale than the lousy stuff written about Eberron, and I am pleased not to be associated with WotC.  I did once try to say otherwise however, but those of Mardon taught me how wrong that would have been.

Note that this book is available on the Kindle and Nook.. Remember the name of the author is Roby Ward.

This is one of my favorite stories, but has been abused because of it. Usually the file is accessed to test certain routines. Well, its days of suffering are finished. It is now available in hard copy. Here is the link to inspect and buy.